Fran ois Marier: How to get a direct WebRTC connections between two computers

WebRTC is a standard real-time communication protocol built directly into modern web browsers. It enables the creation of video conferencing services which do not require participants to download additional software. Many services make use of it and it almost always works out of the box. The reason it just works is that it uses a protocol called ICE to establish a connection regardless of the network environment. What that means however is that in some cases, your video/audio connection will need to be relayed (using end-to-end encryption) to the other person via third-party TURN server. In addition to adding extra network latency to your call that relay server might overloaded at some point and drop or delay packets coming through. Here's how to tell whether or not your WebRTC calls are being relayed, and how to ensure you get a direct connection to the other host.

Testing basic WebRTC functionality Before you place a real call, I suggest using the official test page which will test your camera, microphone and network connectivity. Note that this test page makes use of a Google TURN server which is locked to particular HTTP referrers and so you'll need to disable privacy features that might interfere with this: Checking the type of peer connection you have Once you know that WebRTC is working in your browser, it's time to establish a connection and look at the network configuration that the two peers agreed on. My favorite service at the moment is Whereby (formerly Appear.in), so I'm going to use that to connect from two different computers:

Chromium For all Chromium-based browsers, such as Brave, Chrome, Edge, Opera and Vivaldi, the debugging page you'll need to open is called chrome://webrtc-internals. Look for RTCIceCandidatePair lines and expand them one at a time until you find the one which says: Then from the name of that pair (N6cxxnrr_OEpeash in the above example) find the two matching RTCIceCandidate lines (one local-candidate and one remote-candidate) and expand them. Firefox If you are using Firefox, the debugging page you want to look at is about:webrtc. Expand the top entry under "Session Statistics" and look for the line (should be the first one) which says the following in green: then look in the "Local Candidate" and "Remote Candidate" sections to find the candidate type in brackets.

Firewall ports to open to avoid using a relay In order to get a direct connection to the other WebRTC peer, one of the two computers (in my case, siberia) needs to open all inbound UDP ports since there doesn't appear to be a way to restrict Chromium or Firefox to a smaller port range for incoming WebRTC connections. This isn't great and so I decided to tighten that up in two ways by: To get the IP range, start with the external IP address of the machine (I'll use the IP address of my blog in this example: 66.228.46.55) and pass it to the whois command: To get the list of open UDP ports on siberia, I sshed into it and ran nmap: I ended up with the following in my /etc/network/iptables.up.rules (ports below 1024 are denied by the default rule and don't need to be included here):

Happy SHA1 collision day everybody! If you extract the differences between the good.pdf and bad.pdf attached to the paper, you'll find it all comes down to a small ~128 byte chunk of random-looking binary data that varies between the files. The SHA1 attack announced today is a common-prefix attack. The common prefix that we will use is this: (To be extra sneaky, you can add a git blob object header to that prefix before calculating the collisions. Doing so will make the SHA1 that git generates when checking in the colliding file be the thing that collides. This makes it easier to swap in the bad file later on, because you can publish a git repository containing it, and trick people into using that repository. ("I put a mirror on github!") The developers of the program will have the good version in their repositories and not notice that users are getting the bad version.) Suppose that the attack was able to find collisions using only printable ASCII characters when calculating those chunks. The "good" data chunk might then look like this: And the "bad" data chunk like this: Now we need an ASCII artist. This could be a human, or it could be a machine. The artist needs to make an ASCII art where the first line is the good chunk, and the rest of the lines obfuscate how random the first line is. Quick demo from a not very artistic ASCII artist, of the first 10th of such a picture based on the "good" line above: Now, take your ASCII art and embed it in a multiline quote in a C source file, like this: Now, you need a C ofuscation person, to make that backdoor a little less obvious. (Hint: Add code to to fix the newlines, paint additional ASCII sprites over top of the static art, etc, add animations, and bury the shellcode in there.) After a little work, you'll have a C file that any project would like to add, to be able to display a great easter egg ASCII art. Submit it to a project. Submit different versions of it to 100 projects! Everything after line 3 can be edited to make lots of different versions targeting different programs. Once a project contains the first 3 lines of the file, followed by anything at all, it contains a SHA1 collision, from which you can generate the bad version by swapping in the bad data chuck. You can then replace the good file with the bad version here and there, and noone will be the wiser (except the easter egg will display the "bad" first line before it roots them). Now, how much more expensive would this be than today's SHA1 attack? It needs a way to generate collisions using only printable ASCII. Whether that is feasible depends on the implementation details of the SHA1 attack, and I don't really know. I should stop writing this blog post and read the rest of the paper. You can pick either of these two lessons to take away: My work today investigating ways to apply the SHA1 collision to git repos (not limited to this blog post) was sponsored by Thomas Hochstein on Patreon.

MeeGo Summit FI is now nearing completion, with several keynotes and other presentations, Meegathon 24h contest just coming to an end and a lot of interesting discussions had. See full program for details. Yesterday was a hugely energetic day, but today the lack of sleep starts to kick in a bit at least for me.

Some highlights via photos: 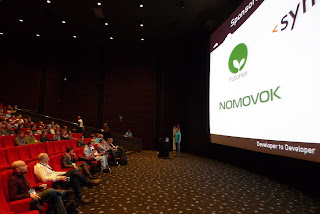 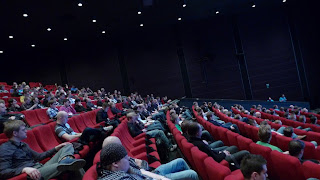 Keynote venue was a movie theater 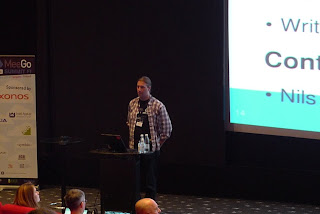 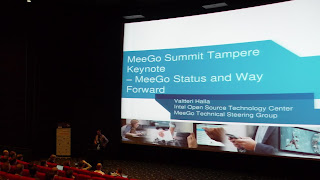 MeeGo status update by Valtteri Halla / Intel - talking among else about tablets, IVI, and the 20 person team at Nokia doing MeeGo(.com) for N900 phone 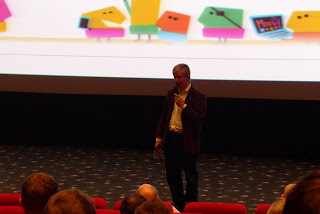 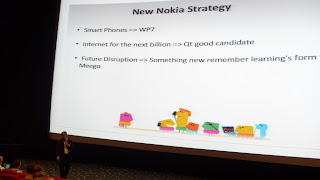 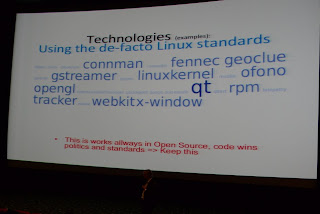 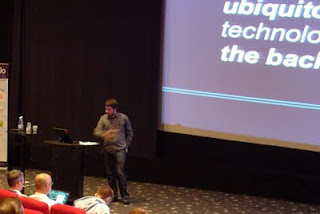 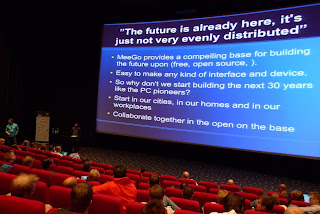 Carsten Munk / Nomovok - "Hacking your existence: the importance of open-ended devices in the MeeGo world" 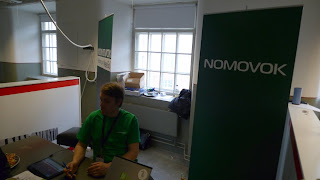 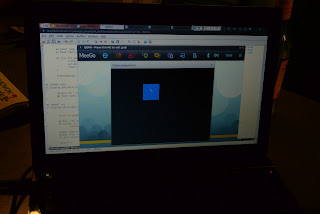 In addition to MeeGo tablet demonstrations a Wayland compositor was demoed by a Nomovok employee. 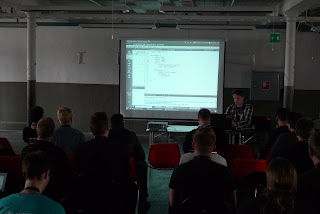 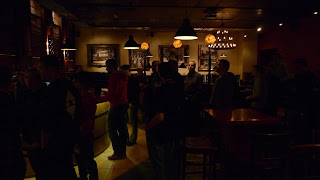 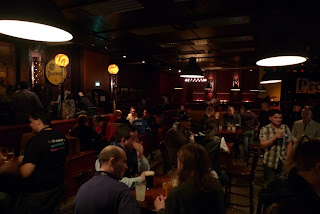 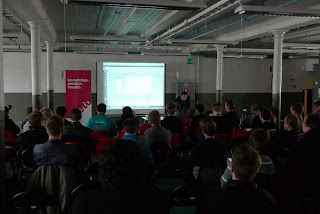 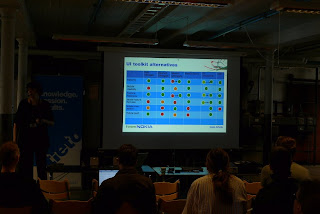 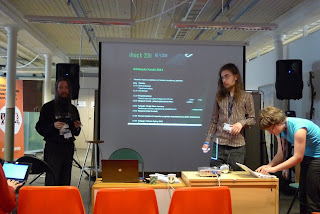 Still remaining for the day are Meegathon demonstrations (well actually I'm right now already following those while finishing this - cool demos!) , Meegathon awards, a panel discussion on "MeeGo, Nokia, Finns - finished? Can MeeGo be important in Finland without being inside Nokia's core?", BoF sessions and finally Intel AppUp Application Lab including some MeeGo table give-outs.

Thanks to organizers, many of whom were volunteers. The event has been running completely smoothly, coming not as a big surprise after the hugely successful last summer's Akademy 2010 also held in Tampere.