Welcome to the February 2022 report from the Reproducible Builds project. In these reports, we try to round-up the important things we and others have been up to over the past month. As ever, if you are interested in contributing to the project, please visit our Contribute page on our website. 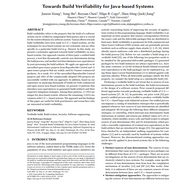 GitBOM is a flexible scheme to track the source code used to generate build artifacts via Git-like unique identifiers. Although the project has been active for a while, the community around GitBOM has now started running weekly community meetings. 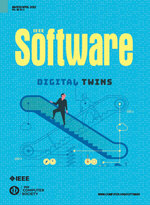 The paper Chris Lamb and Stefano Zacchiroli is now available in the March/April 2022 issue of IEEE Software. Titled Reproducible Builds: Increasing the Integrity of Software Supply Chains (PDF), the abstract of the paper contains the following:

We first define the problem, and then provide insight into the challenges of making real-world software build in a reproducible manner-this is, when every build generates bit-for-bit identical results. Through the experience of the Reproducible Builds project making the Debian Linux distribution reproducible, we also describe the affinity between reproducibility and quality assurance (QA).

The Yocto Project is pleased to report that it s core metadata (OpenEmbedded-Core) is now reproducible for all recipes (100% coverage) after issues with newer languages such as Golang were resolved. This was announced in their recent Year in Review publication. It is of particular interest for security updates so that systems can have specific components updated but reducing the risk of other unintended changes and making the sections of the system changing very clear for audit. The project is now also making heavy use of equivalence of build output to determine whether further items in builds need to be rebuilt or whether cached previously built items can be used. As mentioned in the article above, there are now public servers sharing this equivalence information. Reproducibility is key in making this possible and effective to reduce build times/costs/resource usage.

diffoscope is our in-depth and content-aware diff utility. Not only can it locate and diagnose reproducibility issues, it can provide human-readable diffs from many kinds of binary formats. This month, Chris Lamb prepared and uploaded versions 203, 204, 205 and 206 to Debian unstable, as well as made the following changes to the code itself: In addition, Mattia Rizzolo updated the Debian packaging to ensure that diffoscope and diffoscope-minimal packages have the same version. [ ]

Vagrant Cascadian wrote to the debian-devel mailing list after noticing that the binutils source package contained unreproducible logs in one of its binary packages. Vagrant expanded the discussion to one about all kinds of build metadata in packages and outlines a number of potential solutions that support reproducible builds and arbitrary metadata. Vagrant also started a discussion on debian-devel after identifying a large number of packages that embed build paths via RPATH when building with CMake, including a list of packages (grouped by Debian maintainer) affected by this issue. Maintainers were requested to check whether their package still builds correctly when passing the -DCMAKE_BUILD_RPATH_USE_ORIGIN=ON directive. On our mailing list this month, kpcyrd announced the release of rebuilderd-debian-buildinfo-crawler a tool to parse the Packages.xz Debian package index file, attempts to discover the right .buildinfo file from buildinfos.debian.net and outputs it in a format that can be understood by rebuilderd. The tool, which is available on GitHub, solves a problem regarding correlating Debian version numbers with their builds. bauen1 provided two patches for debian-cd, the software used to make Debian installer images. This involved passing --invariant and -i deb00001 to mkfs.msdos(8) and avoided embedding timestamps into the gzipped Packages and Translations files. After some discussion, the patches in question were merged and will be included in debian-cd version 3.1.36. Roland Clobus wrote another in-depth status update about status of live Debian images, summarising the current situation that all major desktops build reproducibly with bullseye, bookworm and sid .

The python3.10 package was uploaded to Debian by doko, fixing an issue where [.pyc files were not reproducible because the elements in frozenset data structures were not ordered reproducibly. This meant that to creating a bit-for-bit reproducible Debian chroot which included .pyc files was not reproducible. As of writing, the only remaining unreproducible parts of a standard chroot is man-db, but Guillem Jover has a patch for update-alternatives which will likely be part of the next release of dpkg. Elsewhere in Debian, 139 reviews of Debian packages were added, 29 were updated and 17 were removed this month adding to our knowledge about identified issues. A large number of issue types have been updated too, including the addition of captures_kernel_variant, erlang_escript_file, captures_build_path_in_r_rdb_rds_databases, captures_build_path_in_vo_files_generated_by_coq and build_path_in_vo_files_generated_by_coq.

There were quite a few changes to the Reproducible Builds website and documentation this month as well, including:

The Reproducible Builds project runs a significant testing framework at tests.reproducible-builds.org, to check packages and other artifacts for reproducibility. This month, the following changes were made: Node maintenance was also performed by Holger Levsen [ ] and Vagrant Cascadian [ ].


Finally If you are interested in contributing to the Reproducible Builds project, please visit our Contribute page on our website. However, you can get in touch with us via:

Let’s see if it works, cause I’ve been linked here for half a year and posted nothing until now… So, hello planet Debian! My name is filipe and I’ve been a DD since half April. But since I’ve been a DD, this is the first time I had time to do an upload: and not only one, but TWO! And two for the same package :( So mongrel 1.1.5-1 & 1.1.5-2 are out: the first one is just a new version. the second one closes a bug adding some more information to the manpage - any of them is fine. Now ruby-pkg-team report shall be a bit more clean.

I am very happy that 19 contributors who were waiting for their accounts, sometimes for a very long time, became Debian Developers today. This is great news for them, and for the project as a whole. Many thanks to all people involved for making this possible, including Joerg Jaspert, Steve McIntyre and James Troup. And congratulations to (using their account names) kibi, plessy, gregoa, goneri, tincho, akumar, filipe, miriam and the others I haven’t had the chance to work with yet. It also seems that the various pending issues (updating keys that expired, etc.) have been resolved, which is great news for several of our current DDs. But this doesn’t solve the DAM problem on a permanent basis. Something interesting about today’s events is that the account manager asked the system administrators to create the accounts, which is a nice way to offload part of the process. But the keyring maintainance is still a SPOF. A tool has been developed to allow multiple people to collaboratively edit the same keyring (and it’s used to maintain the Debian Maintainers keyring), but I’ve heard that some people weren’t satisfied with it, unfortunately. Let’s hope that this is solved soon, so the next ones to go through NM won’t have to wait that long! Butcher
Originally uploaded by sfllaw.
Sunday was the first day of actual talks. The night before,

ze_dinosaur had arrived and so we hunted for breakfast together. We walked out and found Jesus who was walking towards town. We opted to follow him to the mercado in the town just outside the side gate of the resort. We walked into the market and down some stairs. There are just little stalls where people were selling hats or CDs or pots or clothes. When we walked a bit further, we found a covered area where sweet-smelling smoke swirled everywhere. We sat down on a bench with a thin counter in front of us and someone came back with menus. I ordered a chorizo quesadilla and a glass of horchata. They were very fresh and very, very tasty. I went to the Torre Parlimentaria where the welcome speeches were happening. Mexico has been very warm and sunny, which means dehydration and sunburns. The tower is air-conditioned, so this was a very welcome environment. Ice cream bar
Originally uploaded by sfllaw.
We sat through a talk where Simon Phipps from Sun announced work he's done with Sun to get more and more software opened. He seems to be very enthusiastic about Free Software, which he mentioned specifically, so I hope he does well with his persuasions within Sun. I no longer remember what I did after this. I think I might have walked around a bit before having the caterred lunch. I've been eating these sponsored meals for a couple of days and they've been rather substandard. Sure, they're edible and doesn't make anyone sick. But it's insipid, because they're trying to put out European style meals, which the kitchen doesn't know how to do. Since I'm travelling, I'm totally going to eat tasty local food, which I won't be able to get in Canada. At lunchtime, I bumped into Filipe whom I met at OLS last year. He introduced me to his Brazillian friends and we discovered that Tiego and Tassia who are studying in Montr al. I promised them that we'd get some Debian get-together in early June, before they leave. Jesus Climent
Originally uploaded by sfllaw.
It's rather warm right now. The temperature goes about 30 C every day, but the humidity is always close to 30% so it doesn't get very sticky. But it does make such things like ice cream more important. Interestingly enough, lots of American products are for sale in Mexico, but under completely different brand names. After dinner, we went to the HackLab which is a building set up to encourage people to work with their computers. There are plenty of tables and chairs, with extension cords sprawled everywhere. I sat down for a game of Mao, and then got up several hours later. I wandered outside, where people were hanging out on the veranda, so I sat down on the grass in a circle and chatted with people until the early hours of the morning. Debconf, you're so bad for my health.