We are searching a motive for a painting or a painting itself for a quite while now. This should find it's place in our living room. Unfortunately we didn't found one, which matched our both prospect and/or wasn't compatible with the rest of our living room. Yesterday we stumbled upon a motive which was quite nice, but was too small and it was neighter possible to get it in a bigger size nor to find out who was the origin painter of the picture. Now we are searching for the name of the picture and/or the painter.

Any hints appreciated at 'blog - at - waja - dot - info'. A photo with higher resolution can be found here Update: Okay ... an unknown people (many thanks) hinted me, that google image search is the tool that could be very usefull. Google revealed that the painter is Inna Panasenko. P.S. Is it noticeable that I'm in vacation mode? ;)

Here is a "customized" version of a political ad that I made based on the real one of a guy running in the area where I live right now. I made it as a joke, I don't endorse the guy at all. In fact, I think that I would advise anyone having this guy on the ballot, to vote whomever else. 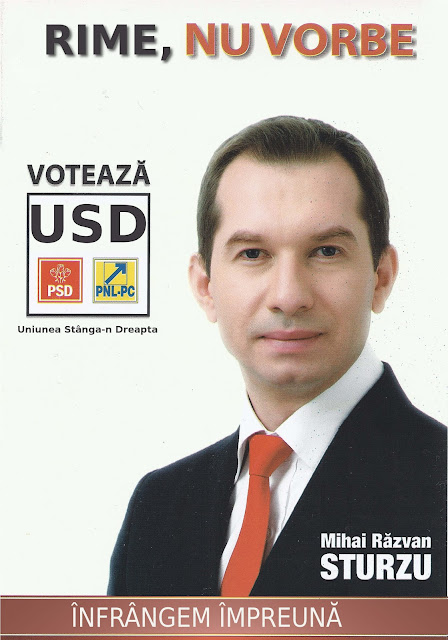 The candidate is a singer part of a band which had it's heyday around the beginning of the previous decade. His slogan is "Facts not words", but I thought "Rhymes, not words" is more appropriate.

There are two other jokes in here, I hope my Romanian readers will appreciate them.

After being hassled about updating Wordpress packages to 2.0 I did. Though I sort of regret it now as I wanted to wait for a bug fix release. “Point oh” software keeps me the creeps. Now a 2.0.1 release is in the works that will fix at least one (long standing) minor security issue. Personally I am reluctant to update Wordpress to 2.0 on my blog natalian.